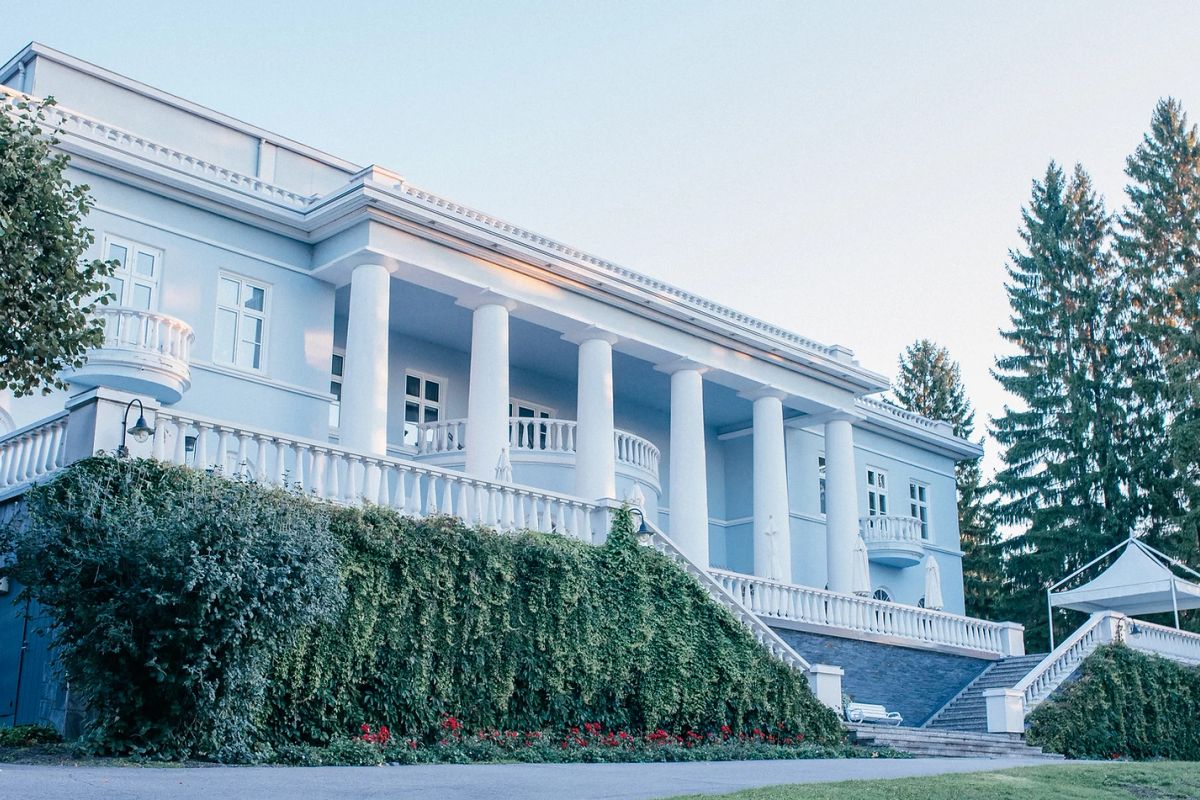 There’s one hotel every Finn knows by name: Hotel Haikko Manor & Spa. This iconic hotel has an interesting history dating back to year 1362.

Not all hotels have as interesting stories as Hotel Haikko Manor & Spa: local noblemen, famous generals and reputable families resided the manor during the first 500 years of its existence. One of the most notable residents was the first cousin of the last Czar of Russia Nicolas II and the highest ranking survivor of the Russian Royal family: Grand Duke Kirill Vladimirovich.

The current Manor House was built in 1913 by a famous architect Armas Lindgren. Satu and Leo Vuoristo purchased the manor in 1965 and restored it according to the original drawings made by Lindgren. The Manor House as we know it today was opened in 1966. 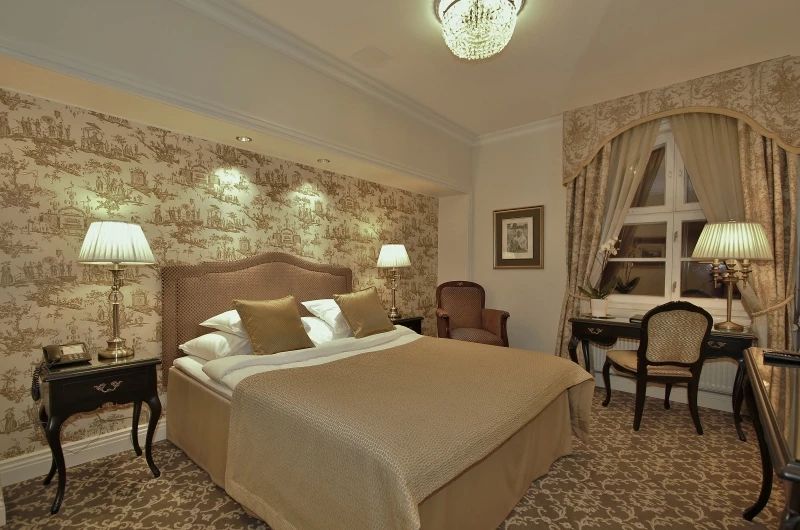 It’s no wonder Hotel Haikko Manor & Spa tempts thousands of visitors every year. There is everything one would expect for a lovely weekend getaway or an inspirational conference. The surrounding nature is picturesque; the hotel is located on the seas edge, yet in the centre of a scenic park. If leisure is a priority, guests can relax in the spa and treat themselves to one of the pampering treatments offered on-site. The charming old town of Porvoo boasts a variety of cute shops and excellent restaurants that are within just six kilometres of Haikko. In the summertime guests can even take a boat from Haikko’s private harbour directly to Porvoo. 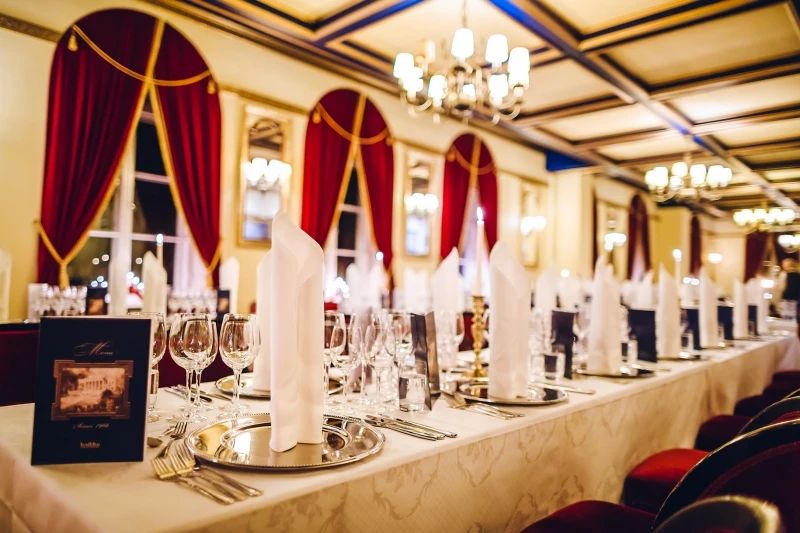 Both the Manor House and Villa Haikko, a lovely archipelago style villa by the sea, are especially popular venues for weddings. The Manor Park even offers a romantic pavilion perfect for that special day on a warm summer evening.

Hotel Haikko Manor & Spa has been selected as Finland’s best conference hotel for more than ten times. In the digital world where everything is based online, the nature of conferences has evolved with the change of business. Instead of seeing the change as a threat, Managing Director Juha Mähönen views it as a competitive advantage: “We strongly believe that when companies really want to organize something for their employees, they won’t go to the chain hotel across the street, but instead go out of the city and arrange something that leaves great memories.” 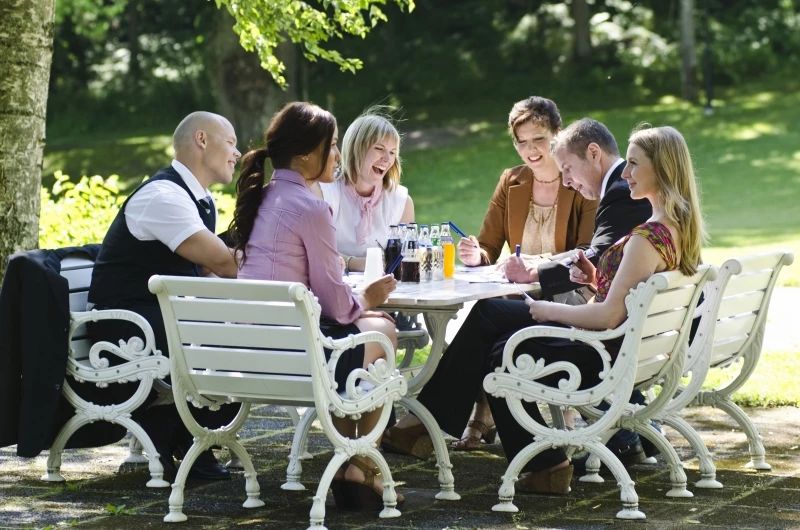 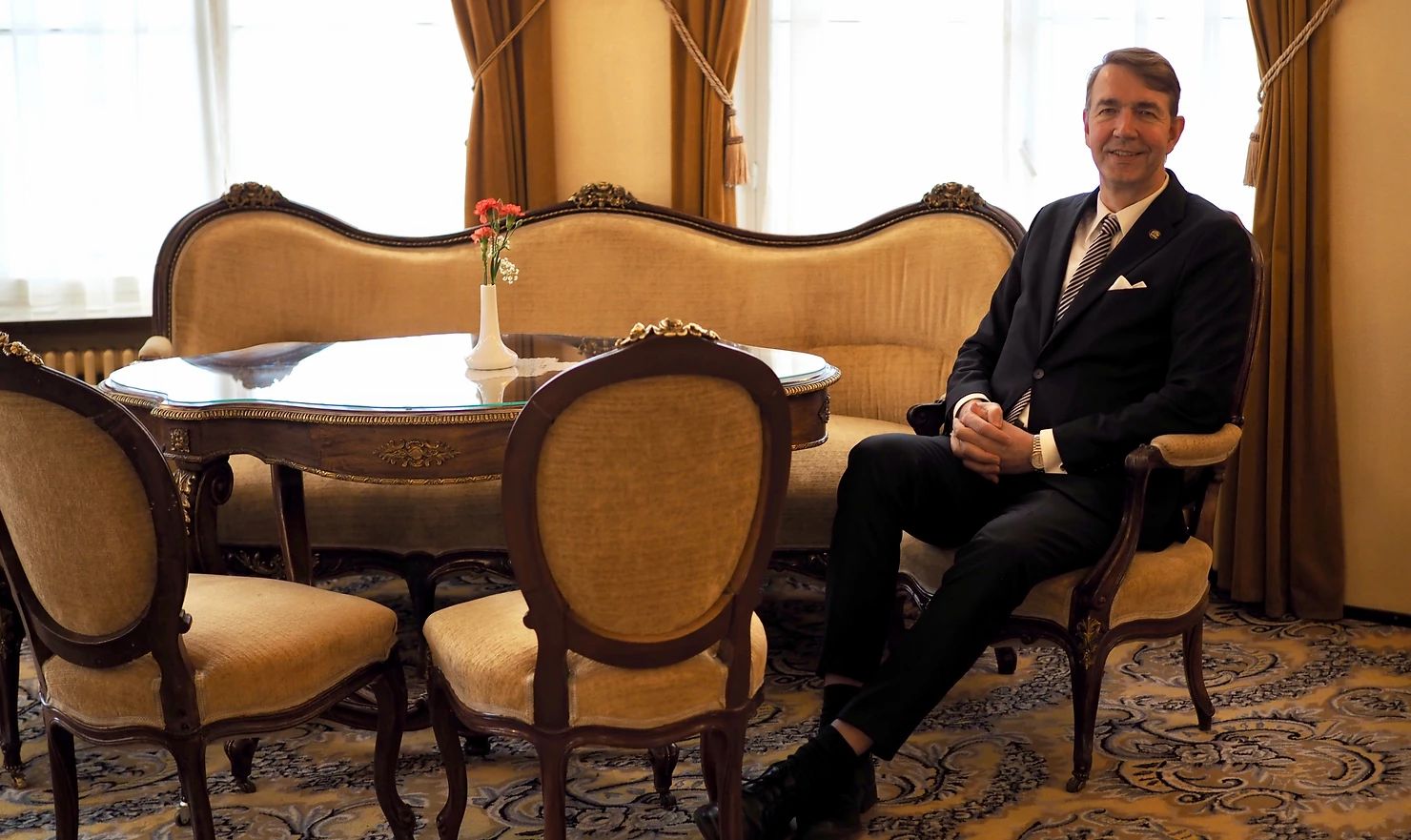 Haikko’s Managing Director Juha Mähönen has a long experience in hospitality himself. His career in hospitality started when he was only 18 years old. “It was not planned but this field just swept me away!”

Hospitality seems like a lifestyle for Mähönen. He is an active member in European Hotel Manager’s Association and is in charge of the Nordic and Baltic delegation. “I love the internationality and people in the hospitality industry. The fact that this job is pretty much the same in every corner of the world really inspires me.”

One could say that it was actually thanks to EHMA that Haikko’s owner Veikko Vuoristo and Mähönen once met: they were seated at the same table in the association’s meeting in St. Petersburg. Stars became aligned as Mähönen was willing to move back to Finland after working nearly 15 years abroad and Vuoristo was looking for a new head for his company.

After opening 8 hotels during his career, Mähönen now puts into practice everything he has learnt during his years abroad. He strives for excellence in everything he does, but if he had to name one thing that makes Haikko stand out from competitors it would be the quality of their service.

“We have invested a lot in finding great service concepts. For example our Butler service is something we are very proud of” he says and continues “we can’t assume that glamorous hotel building and big suites are enough for guests anymore. People have nice homes and same facilities as hotels have to offer. What many people don’t have at home is a personal butler who pours you your morning coffee or a spa that pampers you with luxurious treatments.”

Mähönen thinks that tomorrow’s luxury is in sustainability. Haikko has been a pioneer in green activities for over 30 years. Unlike many hotels, they rely on renewable energy: there is an eight kilometre pipeline network in Haikko Bay producing thermal energy for the hotel, powered by sea water. The hotel is rewarded with the Green Key certificate, which is the leading standard of excellence in the field of environmental responsibility and sustainable operation within the tourism industry.

Even though Hotel Haikko Manor & Spa matches the definition of a traditional hotel, it doesn’t stop Mähönen from implementing modern solutions: they have modern televisions, iPads and now also the Valpas protocol in each of the rooms. Being a member of the Valpas protocol is important for Mähönen because it enhances the guest experience and provides a peace of mind for his employees, too.

Belonging to the Valpas protocol member hotels is also aligned with Haikko’s environmental program and sustainable operations: the more Valpas protocol members there are, the less unnecessary furniture waste and harmful pesticides related to remediating bed bugs is created. And, most importantly, the less bed bugs spread. Haikko is a change agent for more sustainable travel - something that increasingly keeps today guests coming back to the epic hotel.

To join the Haikko Manor and Spa and start a conversation with Valpas, get in touch with us today.