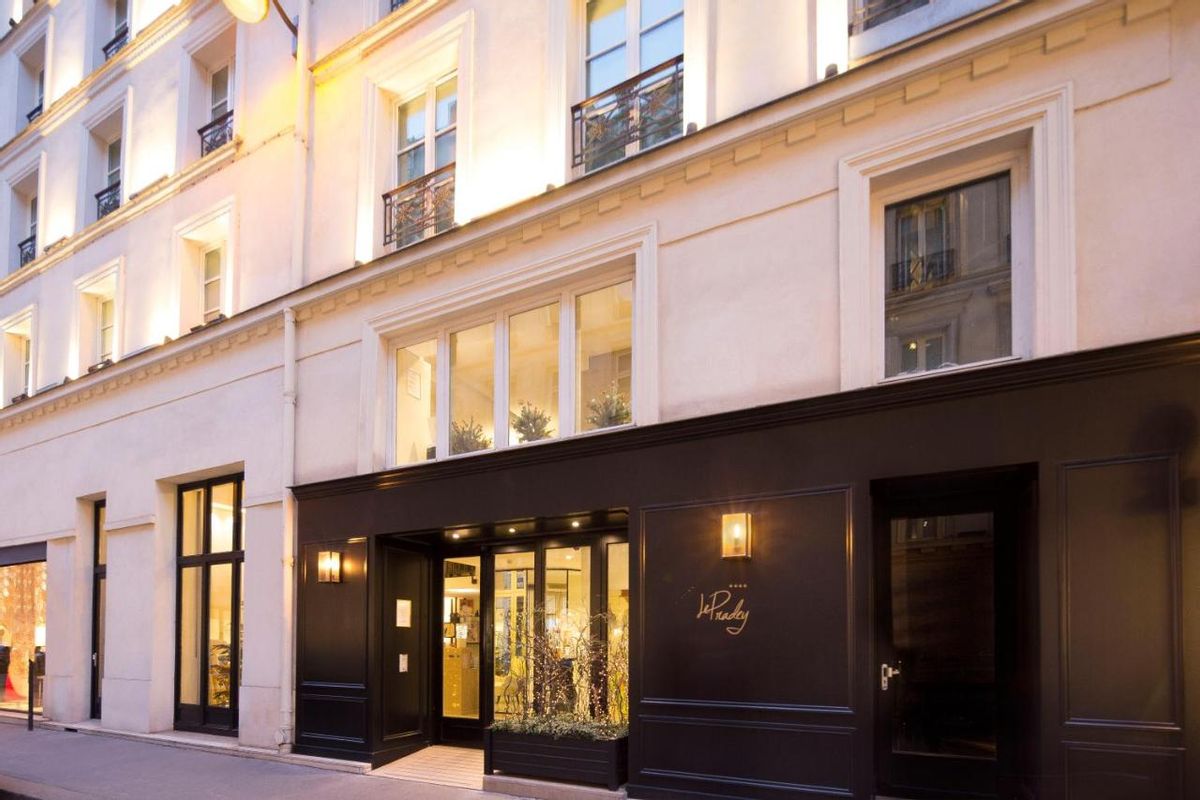 Located next to the Tuileries Gardens, Le Pradey is a four-star hotel with a glittering reputation. Guests enjoy all the intimacies of a state-of-the-art hotel and are situated within walking distance of some of the cities most elegant attractions, such as the Louvre and rue Saint Honore.

The hotel’s manager, Anne Maurice, takes pride in knowing everything about not only her guests and their needs, but about her staff, too. “You are the everything. You have to listen,” she said. “You also have to know how to do everybody’s job if you want to give advice. This is how you earn trust.” Anne partnered with Valpas Hotels right before the start of the COVID-19 pandemic. Since then, she has used the technology to keep the hotels doors open, preventing ~$10,000+  in lost profit at a time when guest reservations were at record lows due to travel restrictions.

The hotel’s 4.5-star Google rating and 381 reviews certainly made for an online reputation worth protecting. This was something that became ever more important during the COVID-19 pandemic, when guests were few and far between. “To be honest, clients decreased a lot,” Anne said. “It was very hard.”

Travelers come from all around the world. Some of them have visited multiple countries before arriving at Le Pradey, and they have stayed in hotels of varying quality. Many guests carry bed bugs  in their luggage without knowing it, and they can bring the bugs to Le Pradey. “When you have travelers coming from all around the world,” Anne said, “they can bring anything.”

In the hotel business, success means maximizing the amount of rooms that are available to book at any time. Bed bugs or other infestations could be devastating to a hotel, causing them to close their doors for days, weeks, even months.

“I heard terrible stories from my colleagues,” Anne said. “They would have a bed bug infestation, and they would have to close their doors and have a treatment company come in. And even then, it was impossible to know if the pests had been removed until the company came and tested the rooms again, resulting in weeks of closures and lots of money lost.”

Anne continued: “In September and June, we sell our rooms for up to $1,000. That is lost if you have to close due to infestation. Then, when you call the company, you don’t know when they can come. It could be a few days, it could be a week. When they come, the company needs one day to treat the room. Then you have to wait another day. Then get another inspection.” And this was just for one room. If the hotel had to close multiple rooms? The losses only increase. Not to mention, when a hotel must displace guests, they must book them rooms at other, equally rated hotels, and this at the last minute, when prices are highest. And if no four-star hotels are available, a five-star hotel it is.

Imagine if, in the above horror story, the infestation was not really bed bugs, but a mere mosquito? “I had a guest this summer who said, ‘I have bed bugs in my room,’” Anne said.  It was clearly a mosquito or a spider. I told her, ‘We have a hygiene standard that prevents bed bugs 24/7.’ I had proof.”

The Answer: The Valpas Standard

Anne decided to partner with Valpas. Valpas provided their smart legs and installed their patented smart legs, which replace the legs of a bed frame,  in the rooms of Le Pradey. Immediately, Anne had reassurance that the hotel was protected.

Anne said she gets many alerts during the week. Sometimes it’s nothing. A spider. A bit of dust. But it’s reassuring to know that everything is captured and bed bugs will not infest the hotel because of the Valpas system. Whenever she gets an alert she goes to the room and checks the Valpas legs, which capture and eliminate bed bugs on the spot. Usually, they are clear. Just a spider. But it’s great to know that if it was something, “it would have been prevented,” Anne said.

You get to download the presentation instantly. We wish to send you information about other relevant content. If you do not want to receive such information, you may "Unsubscribe" at any time. Please review the Valpas Privacy Policy for more information.

The system also eliminates Anne’s worries when it comes to insect-carrying travelers. “If you have an infestation, lost money is one thing,” she said. “but it’s also you’re reputation. People read the comments everywhere. Valpas helps us protect our good name.”

“Since April, our business has gone mad. Rooms are very expensive. If it happened now, it would be terrible.”

With Valpas, Anne feels comfortable that if something were to happen, she would immediately have the solution and solve the problem before it gets out of control. Without Valpas, “you just don’t know,” she said. With Valpas, “you save time and money,” and gain peace of mind. 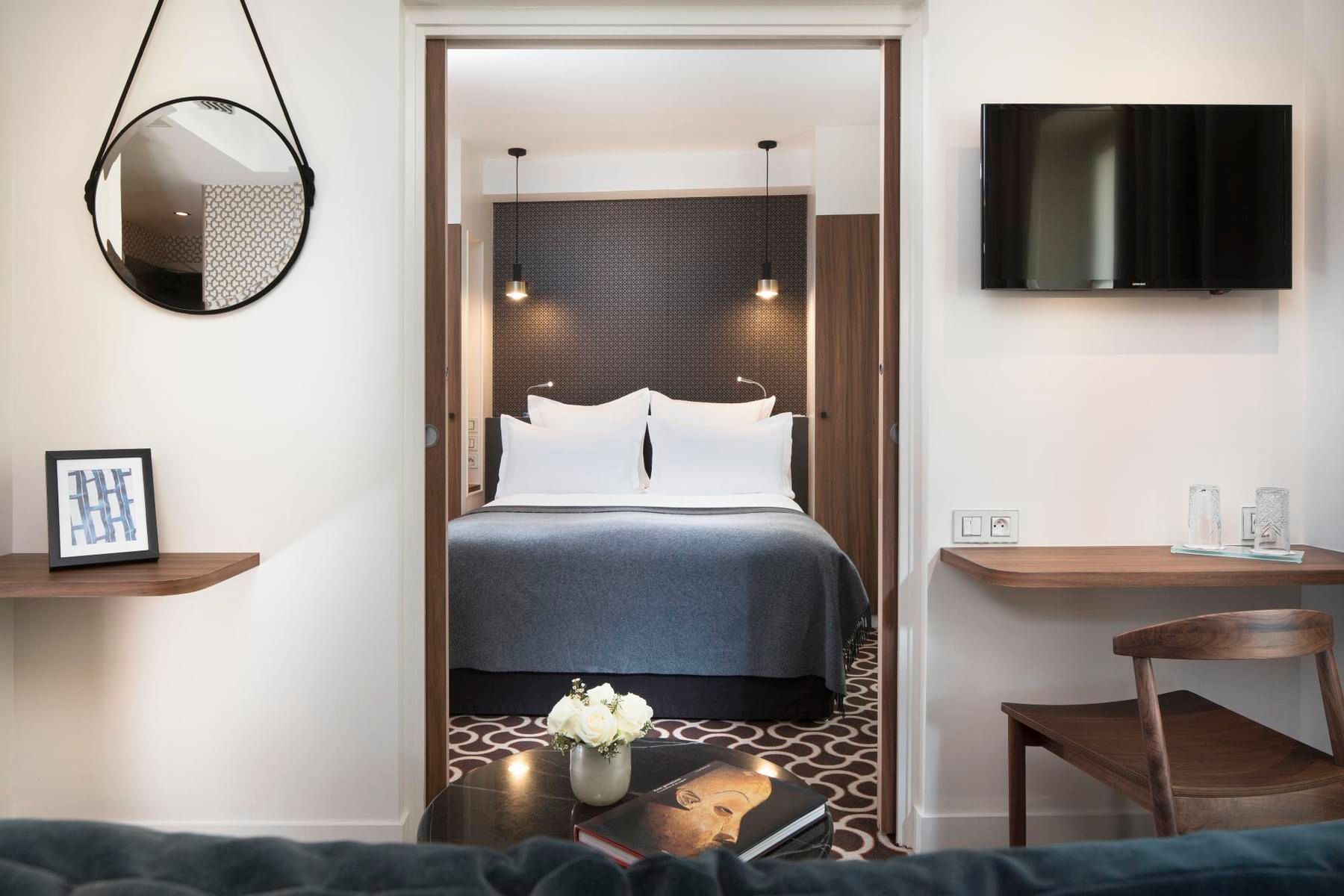 One day, the Valpas system alerted Anne. They had captured bed bug in one of the legs.

“In other hotels,” she continued. “if you don’t have this, I know a few hotels and they had the whole hotel infected. They had to close for a while. With Valpas you can identify the problem.”

“Guests were happy. They were reassured. They felt safer.”

In the situation described earlier, when Anne had a guest that thought she had bug bites, Valpas offered proof to show that the hotel did not have bed bugs. If they did, Valpas would have prevented them.

“In the past,” Anne said, “because I didn’t know, the guest might have gotten a free night, or we might have had to close the hotel. I have had two guests like this, who have claimed we their rooms had bed bugs. Valpas helped me.”

One of the reviews at Booking.com

She continued: “Even though I saw that it was clearly mosquito bites, we did the Valpas Check. We checked the room, and there was nothing.”

“It’s was good before COVID. But even better now.”

In the end, and with the help of Valpas, the Hôtel Le Pradey emerged from COVID even more successful than before.

“We were busy before COVID,” Anne said. “But we charge more for our rooms now.” The hotel can charge more with the confidence that their guests are safe, protected by Valpas Hotels’ technology.

“We are 7 minutes from Opera,” Anne said. “You can walk to Eiffel Tower. We have a big garden. We are right in the center of a very touristic area, with big shops like Louis Vuitton and Chanel. It has always been busy. But since we can sell even more expensive rooms than before, it means more money.” Under the leadership of Anne, the Hôtel Le Pradey has everything going for it. And now, with Valpas installed, there is no end in sight to hotel’s continued success.